The Chief Ministers of both Guernsey and Jersey met with Prime Minister David Cameron and the leaders of other Crown Dependencies and Overseas Territories in London at the weekend prior to this week’s G8 Summit.

It has been reported that both Jersey’s Chief Minister Ian Gorst and Guernsey’s Chief Minister Deputy Peter Harwood felt they had had a ‘very constructive exchange of views on the practical steps need to tackle the global problem of tax evasion’ with the Prime Minister.

1. To play an active part in exchanging tax information launched by the UK, France, Germany, Italy and Spain.

3. To commit to joining a convention giving administrative assistance on tax matters.

I had a frank discussion with the Prime Minister, and have asked him to acknowledge the strong track record Guernsey has on tax transparency, on information exchange and on beneficial ownership – the latter demonstrated by Guernsey being one of the few jurisdictions in the world, including G8 members, to actually regulate trustees and other service providers.”

Both Chief Ministers dispute the fact that Jersey and Guernsey are regarded as tax havens and speaking on BBC Radio Guernsey this morning, Deputy Harwood pointed out that Guernsey had already signed up to over 40 tax information sharing agreements.  He also said that some of the other G8 members had more difficulty complying with some of the requirements for transparency than Guernsey and Jersey does, so there is still an element of frustration that the steps which the islands have already taken towards transparency and information sharing are not being more widely acknowledged by HM Treasury.

A joint statement was released by Chief Minister Gorst and Chief Minister Harwood after Saturday’s meeting saying, “We support the Prime Minister’s view that as we free up the world economy we must make sure openness delivers benefits for rich economies and developing countries alike and that we maintain confidence in the fairness and effectiveness of our tax systems and in the operation of global markets. Tackling tax evasion and fraud is a global responsibility in which we will continue to play our full part.  We welcome the Prime Minister’s leadership and willingness to work in partnership with us in seeking to achieve a step change in international standards through the UK’s G8 Presidency. As part of our continuing commitment to tackling tax evasion and fraud, we have also undertaken to publish Action Plans at the same time as those G8 countries publishing plans in Lough Erne.” 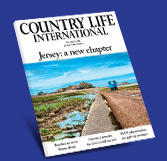